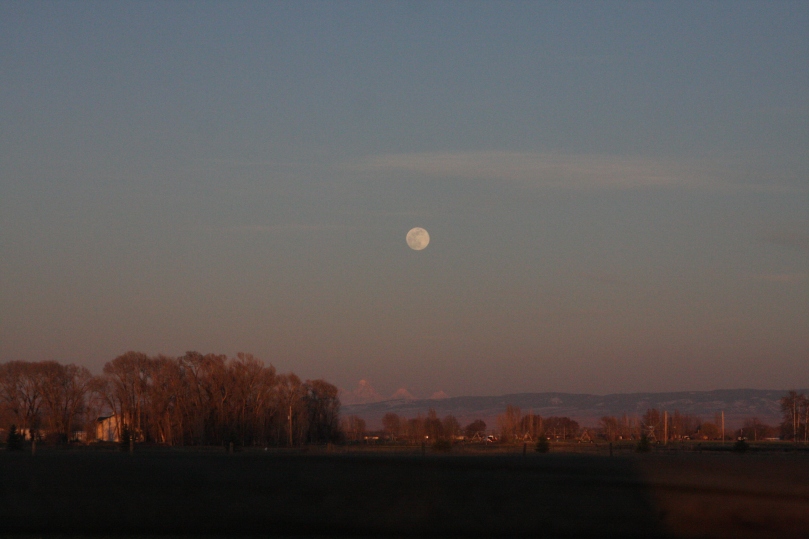 The full moon over the Tetons Thursday night as we transplanted lilacs. I wish the mountains stood out more in the photo, in person it was glorious.

It’s still constant work time here. We got a lot done in the last couple weeks, but there’s plenty more to do.   We dug up some massive plum trees from someone’s yard who wanted them gone, along with a mature cherry a couple weekends back.   It was pretty funny strapping 20+ ft trees to the top of the Yukon.   So far they look like they are surviving their move to the pasture garden, but if not, it only cost us some sweat and a handful of hours.

Jerad got nearly all the rest of the garden beds built this last weekend.  It’s neat to see my lay out coming to life.   We also planted 2 gooseberry bushes in the pasture garden, one of which looks a little worse for the wear.  Most of the bushes and trees are starting to barely bud, but no leafing or blossoms quite yet, with the exception of the black currant which has leaves out.   No signs of strawberry blossoms yet.  The pond is still filled only half way, despite the rivers being full and raging.   It generally reaches full by June 1st.   Speaking of the pond…Conner took this shot after a long evening of work.   It’s unfiltered and unedited.  So pretty…trees reflected in the pond.

We transplanted lilacs along the road, as I mentioned.  They seem to be thriving.   It will eventually make for a nice hedge for some privacy and as a barrier against the poison insecticide that gets sprayed all summer.  The birds chorus all day long now, which is my favorite.   The weather has been back and forth between overcast and rain and sunny and blue skies.   I got my first sunburn working outside last weekend…Jerad and Trev got one, too.   Not sure it’s super noticeable, but I was on fire and looked like Rudolf.  {this was after a full day of work and sweat ;)} 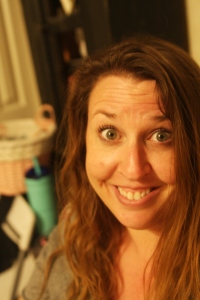 Sunday was our day of rest,as it was Easter.  We went to church, had our own family egg hunt, and then dinner with friends.  It was nice to relax and fellowship.

The first painted turtle made its appearance this week.  Unfortunately it was only noticed after I ran over it…it was a baby. I expect to see loads more in the next few weeks.

Daffodils are finally blooming and I bought some pansies for some color.  I also purchased two hydrangeas.  I killed the one I planted last year, so we’re trying again. They’re one of my favorite flowers but only one variety I’ve found will grow here. Instead of the front of the house {east facing and sunny}, I placed them at either side of the school room door along the west side of the house where it gets more shade.

I planted the onion sets, and direct sowed chard, lettuce, kale, peas, carrots, and spinach.   I was thrilled to notice yesterday that our cilantro and spinach reseeded itself and is growing in the beds. The garlic is coming along nicely and is about 6 inches high.

Dandelions are now popping up all over the yard, but there aren’t many in flower yet.

The laying hens and ducks were moved to our chicken tractors, so Hallelujah, no more poop on the porch.   Our flock dwindled down and so we added 6 new chicks last weekend.   The baby goats are fun and annoying, and Meadow is being a pretty good mama.  We opened the pasture back up and they are happy to be frolicking once again {and I’m happy to not be paying for hay  to feed them}.  As far as other animals, we decided to focus on the gardens this year, so we are putting off meat chickens, sheep, and whatever else off until next year. 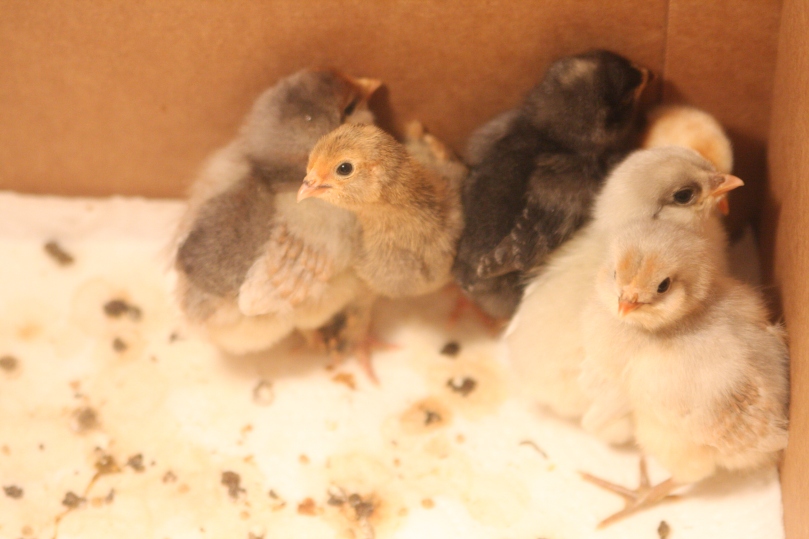 This weekend will be a busy one, as we have good friends moving here from southern Oregon and getting into town Fri/Sat.  We’ll help them unload and all that.   We also have a ballroom recital Saturday that two of the kids are in, and we have plants we’re digging up at someone’s house to add to the pasture garden.  Hopefully the last garden beds will be finished and we’ll fill them with dirt.   April is going by way too quickly, but we’re loving the season!